Many American airsoft fans are familiar with the Elite Force brand, as its products are often of high quality and satisfy players of all levels. However, some may not know that Elite Force’s beginnings aren’t just with airsoft. In fact, the brand was first founded in the firearms industry.

As the American division of Umarex, a German company, Elite Force’s airsoft products are made to U.S. federal and local specifications. Therefore, any American citizen can purchase a replica weapon freely and without consequence. Read on to learn more about the brand.

The History of Elite Force

Although Elite Force was established after 1972, the brand doesn’t list its detailed history anywhere. While this particular name has its beginnings in the U.S., the story actually started in Germany with the parent company, Umarex.

Umarex was founded as Mayer & Riem, a company that only made a blank-firing pistol called the Perfecta Model G1. In 1972, Wulf-Heinz Pflaumer joined the company and decided to expand the product line.

Pflaumer had worked in a mail-order company called Neckermann and lived by the motto of giving the customers what they wanted. He would then apply this wisdom to Umarex later.

At first, wholesalers dealt strictly with retailers, and because Umarex was a manufacturer, the former had nothing to do with the company. Pflaumer decided to send six field representatives to visit dealers in Germany and change things. After meeting around 1,000 dealers, both sides agreed to do business directly.

Through Pflaumer’s decision, Umarex achieved growth rates of 50%, a significant increase from 30%.

From 1974 to 1975, Umarex became the largest airgun importer in Europe. The guns came from China and other countries. They include household airgun names like Daisy, Norica, Milbro, and Marksman. Daisy awarded Umarex exclusive rights and the company became Daisy’s general importer in Europe as well.

Replica firearms have always been Umarex’s business, but the company is also the owner of Carl Walther GmBH. Walther has been making firearms since 1886, and even after the acquisition, it still sells world-class products under the same name. Walther is also the maker of the famous PPK pistol, the gun James Bond carried in many of the original films.

The Umarex Group then began to expand all around the world further. In 2006, RUAG Ammotec USA (Dynamit Nobel) was acquired and renamed Umarex USA. This subsidiary would start to import many of the parent company’s products.

At some point after 2006, Elite Force was born. Unlike Umarex USA, which sold a large variety of sporting goods, airguns, and more, Elite Force only carried airsoft products. Like parent company Umarex, Elite Force has been granted licenses by many prolific firearms brands to make replicas of firearms.

Today, Elite Force has licensed airsoft guns from Heckler & Koch, Beretta, Glock, Ruger, and many more. Airsoft players of all levels enjoy the brand’s products as they’re affordable and easy to buy.

Elite Force’s products can be divided into the following categories:

Below, we’ll go into further detail about all of these offerings. 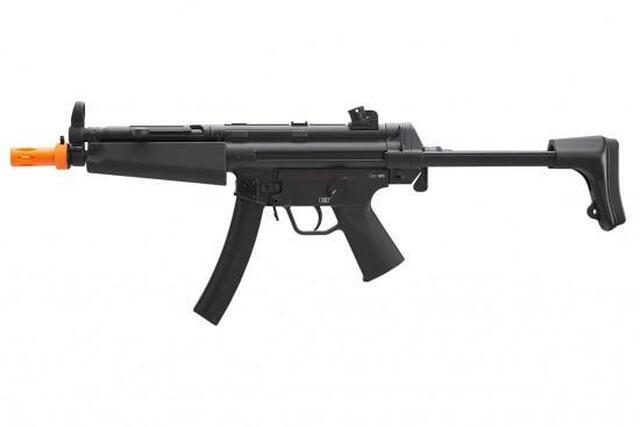 Many of the rifles are based on H&K’s designs, like the MP5, UMP, and HK 416. Other models are based on firearms from Beretta, such as the Beretta ARX160.

You can find various M4-based AEGs in Elite Force’s catalog. Some are under the brand’s name, while others are under the Amoeba or VFC Avalon brands. These two are also under the Umarex Group.

Most of these automatic weapons are AEGs, though there are three GBB models. These two are based on the HK UMP SMG and MP7 PDW. The Tactical Force CQB completes the sub-group.

Tactical Force is yet another Umarex Brand, and Elite Force carries its Tri-Shot Shotgun, a spring-operated gun.

You may know of the Amoeba AS-01 Striker Rifles, and Elite Force also sells these. 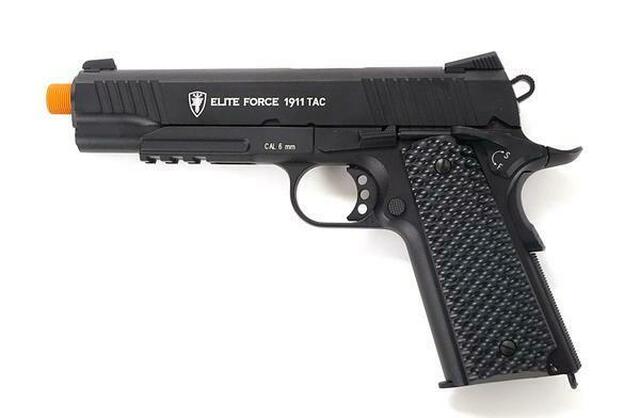 Even though Elite Force has an impressive range of licensed rifle designs, the cream of the crop is often found in its licensed handguns. There are many brands you can choose from.

Almost every serious airsoft player will know of the Elite Force Glock copies, as they’re some of the best replicas of the famous Austrian pistol brand you can get in the U.S. Elite Force and Umarex have received the green light to make these guns almost identical to their real steel counterparts, even down to the markings. There are various models and three generations to choose from.

The other pistols are also highly accurate replicas of the originals, especially the GBB models. Many of these guns are semi-automatic weapons that require a CO2 cartridge in the magazine. This operating system is the most realistic one out of all of them.

The Uzi models and Walther TAC are AEGs since machine pistols like these are capable of full-auto fire in real life.

Elite Force also sells airsoft revolvers and spring-operated pistols. The revolvers are either original models or based on some S&W designs and are gas-operated weapons firing BBs out of mock cartridges like an actual gun.

On the other hand, the spring-operated pistols are manually operated and based on licensed guns. There are several spring Beretta 92FS pistols, for example. 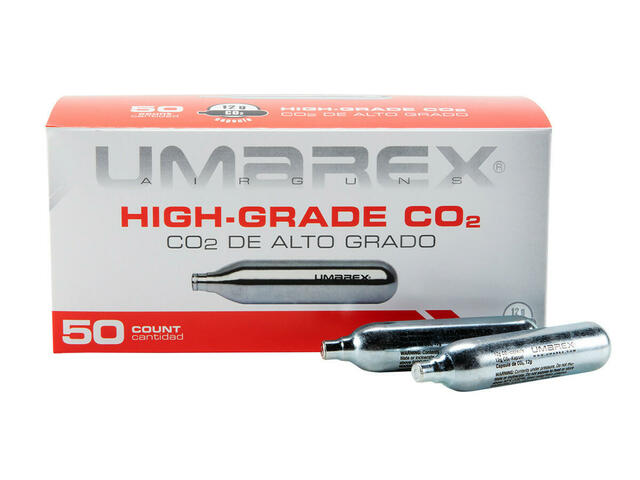 Staying fully loaded with supplies can be a problem for airsoft fans, as the sport encourages rapid fire. Elite Force understands the struggle and therefore offers high-quality but cheap ammunition. Aside from BBs, you can also get paintballs, T4E rubber balls, and CO2 cartridges.

Standard 6mm BBs come in various weights, the lowest being .12g. The heaviest BBs you can get from the brand weigh .32g. It’s also possible to buy biodegradable BBs in several weights.

The .43 caliber paintballs and T4E rubber ball training ammunition are designed for training Glocks. These weapons are designed especially for self-defense, military, and law enforcement personnel since they offer an even more authentic practice experience.

The rubber balls and paintballs are primarily in .43 caliber. However, Elite Force also offers .50 caliber and .68 caliber T4E ammunition. Please note that these projectiles are not airsoft ammunition and should be used only in their designated replica guns. 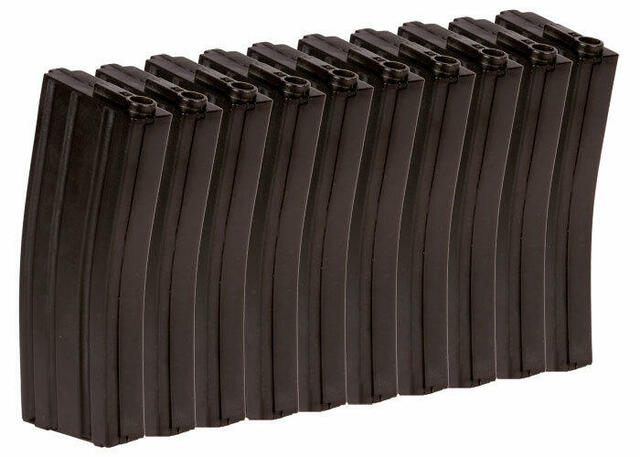 You can’t feed BBs into your airsoft gun without magazines or revolver cartridges, so Elite Force also sells the proper magazines for all its weapons. These magazines are engineered precisely to fit their products. Some are also usable on weapons made by other companies, such as the M16 and M4 AEG magazines.

The revolver cartridges resemble actual ammunition, but they’re hollowed out and only accept BBs. These fit either the S&W M&P R8 Revolver or the Legends Smoke Wagon Revolver. The latter is a gun based on the venerable Colt .45 Caliber Single Action Army. 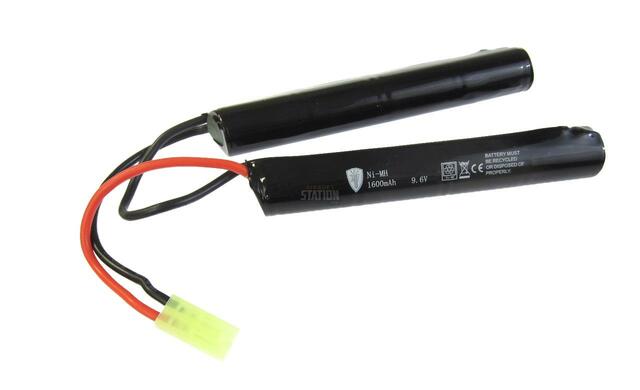 Experienced airsoft players know that many of the batteries included in the package of an airsoft gun are usually third-rate products. They might work for a while, but some players will experience battery failure sooner rather than later. Therefore, some manufacturers have stopped providing included batteries.

While inconvenient, this arrangement is better in the long run. Spending extra on a high-quality battery tends to make your airsoft experience better. Elite Force has batteries for sale, including many common varieties many AEGs use:

All Elite Force guns can naturally use any corresponding supported batteries. Even if you don’t have an Elite Force airsoft weapon, you can still pick the Elite Force battery your weapon can use. They’re built to high tolerances and will last for an extended period. 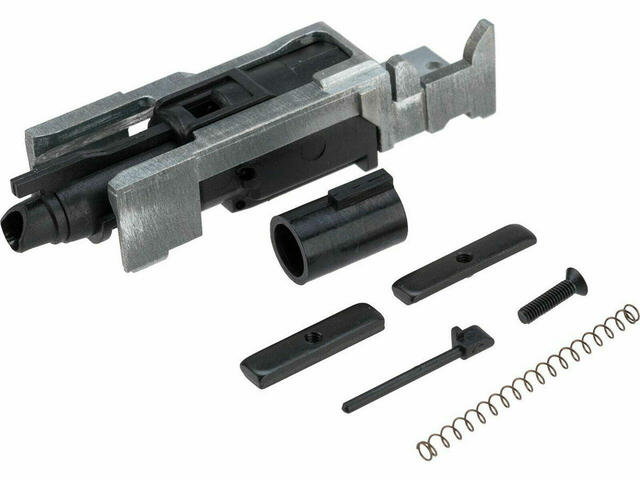 Airsoft guns will eventually break down, and players who love their weapons might simply replace broken parts. Fortunately, Elite Force offers many rebuild kits for their model guns. These kits contain many essential internal components.

You can find springs, pistons, washers, and many more. Other than kits for weapons, there are also some for magazines, just in case one of yours malfunctions. Experienced players can use these to fix minor problems themselves or they can ask a qualified technician to help. 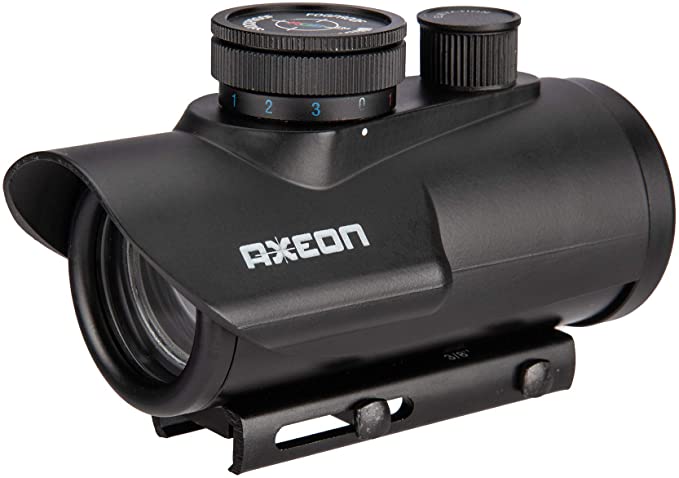 Modern warfare often necessitates the use of optics systems since they’re better than iron sights most of the time. Umarex has an optics brand named Axeon, and Elite Force carries a few models. You can get sniper, red dot, and mid-range scopes.

The red dot sights will require some batteries to function, and they’re not compatible with the ones mentioned above. 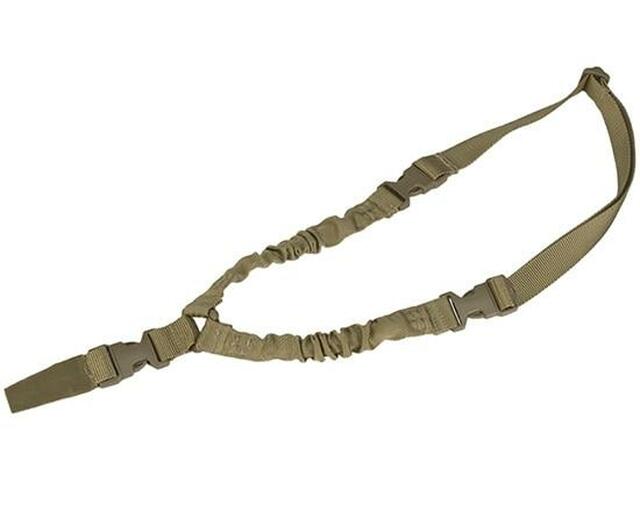 Finally, you have miscellaneous products, such as patches, kill rags, T-shirts, etc. There’s even eye protection for airsoft shooters. But aside from single-point bungee slings, everything else in this category isn’t for the airsoft guns themselves.

These aren’t essential products, but you can get them if you like some Elite Force merchandise on your MilSim gear or as part of your daily clothes.

Umarex, and by extension Elite Force, was one of the first airsoft manufacturers to obtain a license when they acquired a Glock license. Other makers have also received licenses, but Umarex and Elite Force continue to release excellent products.

Elite Force’s ammunition is also of high quality and can be obtained without breaking the bank. They’ve been tested with various magazines to ensure smooth feeding and firing.

Several thousand rounds in a bottle will last you for a long time. Each purchase amounts to at least three intensive sessions.

Having the option to get rebuild kits also extends the service life of your airsoft weapons and magazines. Instead of spending extra on a new weapon, you can always try to fix the problem first. You’ll end up saving money.

Elite Force combines Umarex’s experience in the replica weapons, firearms, and mail order industries. Their products and services are superb, and the brand is respected by most players. With decades of experience under its belt, you can expect the brand to keep offering excellent guns and accessories.